In parts one and two of this blog series, we outlined environmental advantages and cost considerations when comparing extrusion coating to adhesive lamination. In the third and final part of this series, we take a look at performance.

The bane of any flexible package is a leaker! The area susceptible to leaking occurs at the fin seal, which is created on a vertical form fill and seal machine. When the clamps close down on the fin seal and then release, stresses occur at the hinge point. When the clamps are opened, the fin seal will attempt to normalize those stresses by reverting back to its position before being clamped. If an adhesive is used, it is very thin and brittle. Those stresses cannot always be normalized and can result in a void. This seal area has been given the very colorful moniker, the “triangle of death.” Extrusion coating is thicker and more caulk-able, helping reduce stressors, which can lead to the “triangle of death.” 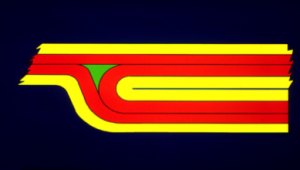 However, running an adhesive lamination structure via extrusion coating is not as simple as replacing the adhesive with an extrudate. All performance parameters must be maintained during that transition. These include rigidity, seal initiation temperature (SIT), seal stretch, Coefficient of Friction (COF), and the ability to handle heat created during the extrusion process.

Rigidity – In the last blog, we mentioned that extrusion coating could save money by providing more “pellet-to-product” opportunities. However, rigidity mustn’t be compromised when attempting to replace more of your structure with extrudate either through a reduction in thickness or elimination of the sealant substrate. To combat this potential deficiency, you can work with your resin manufacturer and increase the density of the resin you use, as long as the change will not affect your SIT. You can also run a warmer chill roll to increase the crystallinity and density of your extrudate, as long as it can be easily stripped off the chill roll.

SIT – Any change in a structure’s sealing surface needs to be reviewed to ensure you don’t adversely affect the seal initiation temperature. Form, fill, and seal processers rarely know if the structure being sealed is coming from extrusion coating or adhesive lamination, so having a SIT that is too high can cause problems. You can try to increase the temperature of the sealing clamps, but it would be easier to evaluate if the resin has the right melt index and density for the job. Alternatively, coextrusion or a resin blend may provide the needed SIT.

Seal Strength – Stiffer blown film resins used for a sealant in adhesive lamination can result in stronger bonds. To make up for the difference using extrusion coating, you may need to blend the LDPE with tougher, metallocene catalyst resins such as m-VLDPE or m-ULDPE. Or, run these resins “pure” or in a coextrusion arrangement.

COF – When running a lamination on a vertical form, fill, and seal machine, you need to pull the inner substrate over the forming cone. To do this effectively, the COF of the inside layer must be less than the outside layer. An adhesive lamination using a blown film sealant has an inherent advantage because the blown film normally uses a slip agent, which reduces the COF. If you run an extrusion coating lamination without a blown film sealant, you must add slip, use a matte chill roll to reduce inner layer contact with the roll, or replace the forming cone or collar with a lower COF one.

Heat – The heat from the extrudate is the most significant difference when comparing an adhesive lamination structure to an extrusion-coated one. It is important to review how substrates tolerate heat. Following are some key points:

We hope this three-part blog series has provided valuable information to support your flexible packaging operation. If you have questions about this blog, comment below.

For questions about how Davis-Standard’s extrusion coating technology can support your process efficiency and profitability,  contact us here.

Any other questions or inquiries, e-mail marketing.

Rate this post so we can give you more of the content you enjoy
[Total: 0 Average: 0]
You have already voted for this article